In 1895, Genzo Shimadzu, founder of GS, manufactured Japan’s first lead-acid storage battery. Now, over a century later, GS Yuasa are still one of the world’s largest global manufacturers of Lead-Acid and Lithium-ion (Li-ion) batteries. For over 30 years, GS Yuasa Battery Europe Ltd have been Europe’s leading battery supplier and the number one choice for quality, performance and reliability. 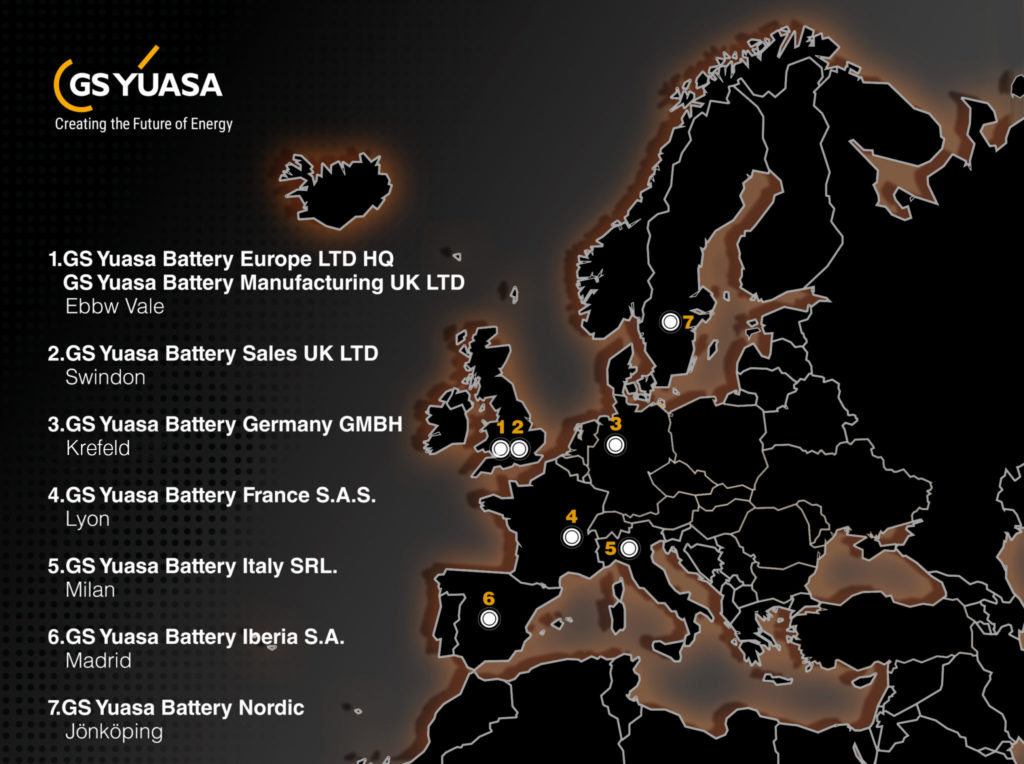 From our sales and distribution centres in Swindon, Milan, Lyon, Madrid and Dusseldorf, and state-of-the-art manufacturing facility in Ebbw Vale, UK, GS Yuasa supply European markets with a vast range of high-quality batteries and accessories.

GS Yuasa Europe’s product range includes some of the most well-recognised, trusted and high quality battery products for use in a diverse range of automotive, motorcycle, industrial and standby power applications.

As Europe’s number one battery supplier, we continue to set new standards in service, performance, reliability, choice and year round availability. Whatever the application, we have a battery to suit your requirements, supplied directly from our sales and distribution centre.

GS Yuasa – Next to you 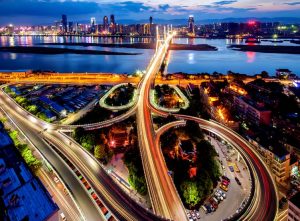 GS Yuasa Battery Europe Ltd is a subsidiary of the world renowned GS Yuasa Corporation, one of the world’s largest battery manufacturers and a global leader in quality and innovation. The GS Yuasa Group consists of 65 subsidiaries and 33 affiliates in countries throughout the world.

For over 100 years, the GS Yuasa Group has continually contributed to economic development and the improvement of living standards through the development and manufacture of batteries, power supply systems and lighting equipment. We are a major force in the market as one of the world’s leading manufacturers of automotive and motorcycle batteries. As a supplier of high-performance power supply systems, we help ensure the reliability of social infrastructure. 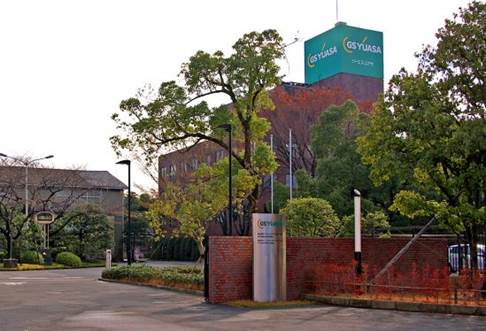 The GS Yuasa Group was formed in 2004 following a merger between the Japan Storage Battery Co. Ltd (GS) and the Yuasa Corporation. Based in Kyoto Japan, GS Yuasa are a major force in the market as a leading manufacturer of next generation energy systems encompassing not only vehicle use, but also a wide range of fields, from deep sea to aerospace, to meet increasingly sophisticated needs.

Today GS Yuasa leads the world with innovative power solutions ranging from the sophisticated technology powering the International Space Station and manned research submersible “the Shinkai6500”, to state of the art batteries used in automobiles, motorcycles, marine and aviation applications including the state-of-the-art Boeing 787 Dreamliner.

GS Yuasa’s technology and core products are found in every sphere: